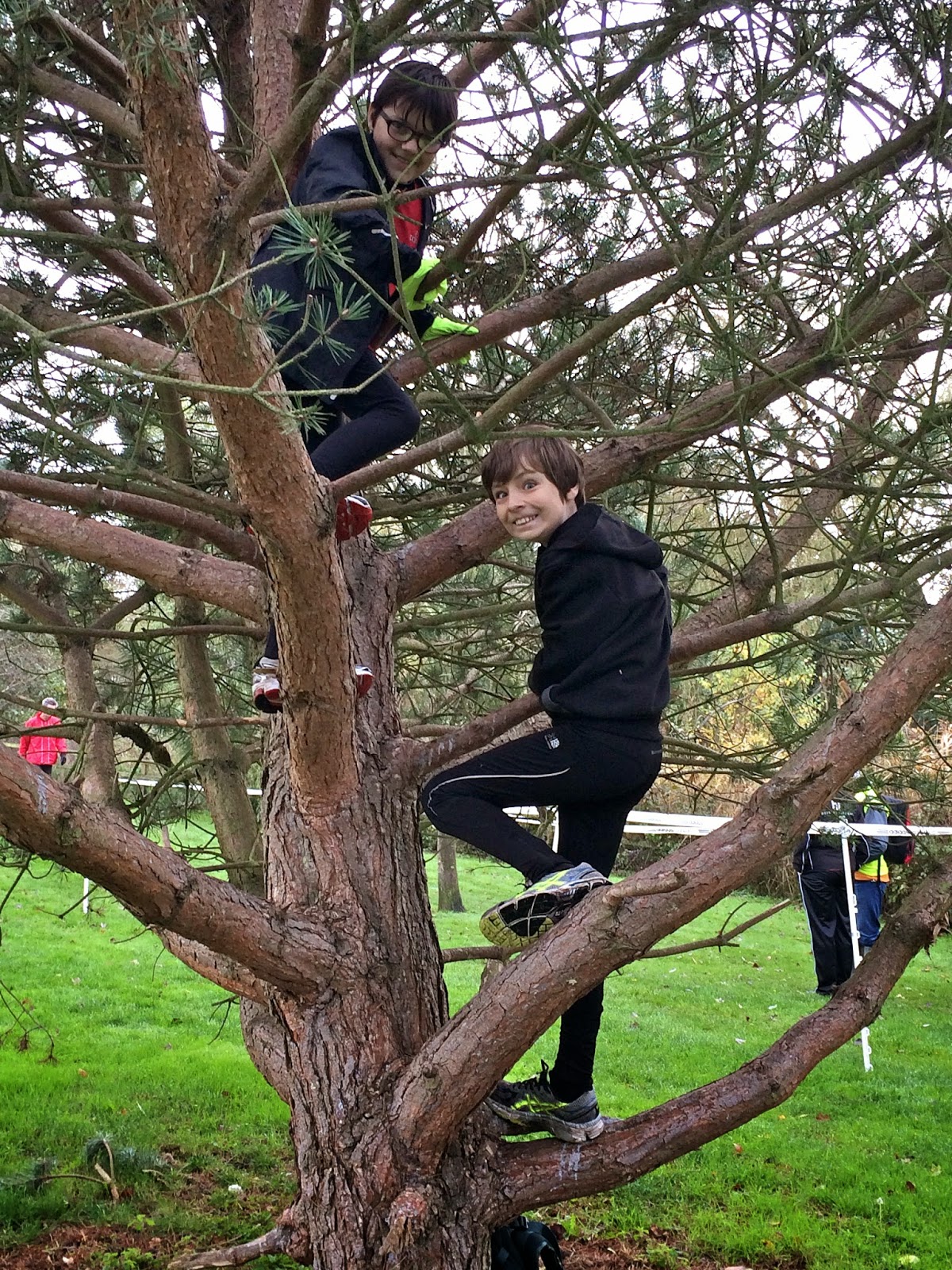 Last night I went out for supper with friends to celebrate my birthday.  Not just any birthday, but a birthday that takes me into a new age category for parkrun.  My intention had been to run as fast as I could at parkrun to mark this momentous occasion, but I scuppered that idea last night by eating more than I normally eat in a week and drinking enough alcohol to constitute what government guidelines would probably deem binge drinking if I'd shared it with the five other diners… but I didn't share.  I wanted nothing more than to roll over and go back to sleep when the alarm went at 6.30am.  But parkrun beckoned, and I'd made arrangements to go to Horsham parkrun with a friend to meet up with some other friends.  And The Fredster needed run if he was to make his 100th parkrun on target.

So off we set.  Thankfully I was not driving and navigating was enough of a challenge for me.  We got to Horsham Park with plenty of time to spare, parked our car and found the loos and then made our way to the start.  The weather was dry, but the wind was chilly and we tried to keep warm while the small boys climbed a tree.  TheFredster planned to 'run' with a friend who was planning to walk as he is recovering from knee surgery, which freed me up to run.  Great, I thought, what a wasted opportunity - I felt sick and a wee bit fragile!  We listened to the run brief - there were about 200 runners, not bad for the 10th event, and then made our way to the start, where we observed a minute's silence for Remembrance Day.

The start was on a fairly narrow path, which made for a bit of congestion, but we were soon underway with a gentle downhill on a tarmac path.  And then we were off the path and on the grass.  Well, I say 'grass' but it was more of a bog in sections, which made for heavy going and much slipping and sliding!  There was one short, muddy, uphill section that was particularly challenging, with my feet just slipping backwards as I made my way up it.  It was tough going.  I looked at my watch and realised that the pace I was struggling to maintain was the same pace I'd found so easy to maintain for a half marathon last weekend!  Part of this was due to the conditions underfoot, but a lot of it was self inflicted!

Hearing that a parkrun is a three lapper normally fills me with dread, but there was so much going on in the park that it was a really interesting run.  There were children playing football, people being beasted by ex-army PT instructors (who on Earth wants to pay to be shouted at and do press-ups in a wet field?) people riding bikes and a silver sculpture thing!  And each lap seemed shorter than the last - which is odd, because I them all at the same pace!  As I ran I realised that TheFredster was not with the person I thought he'd be with, or his wife, it was only about half a mile from the finish that I caught up with him running with my other friend and her son. 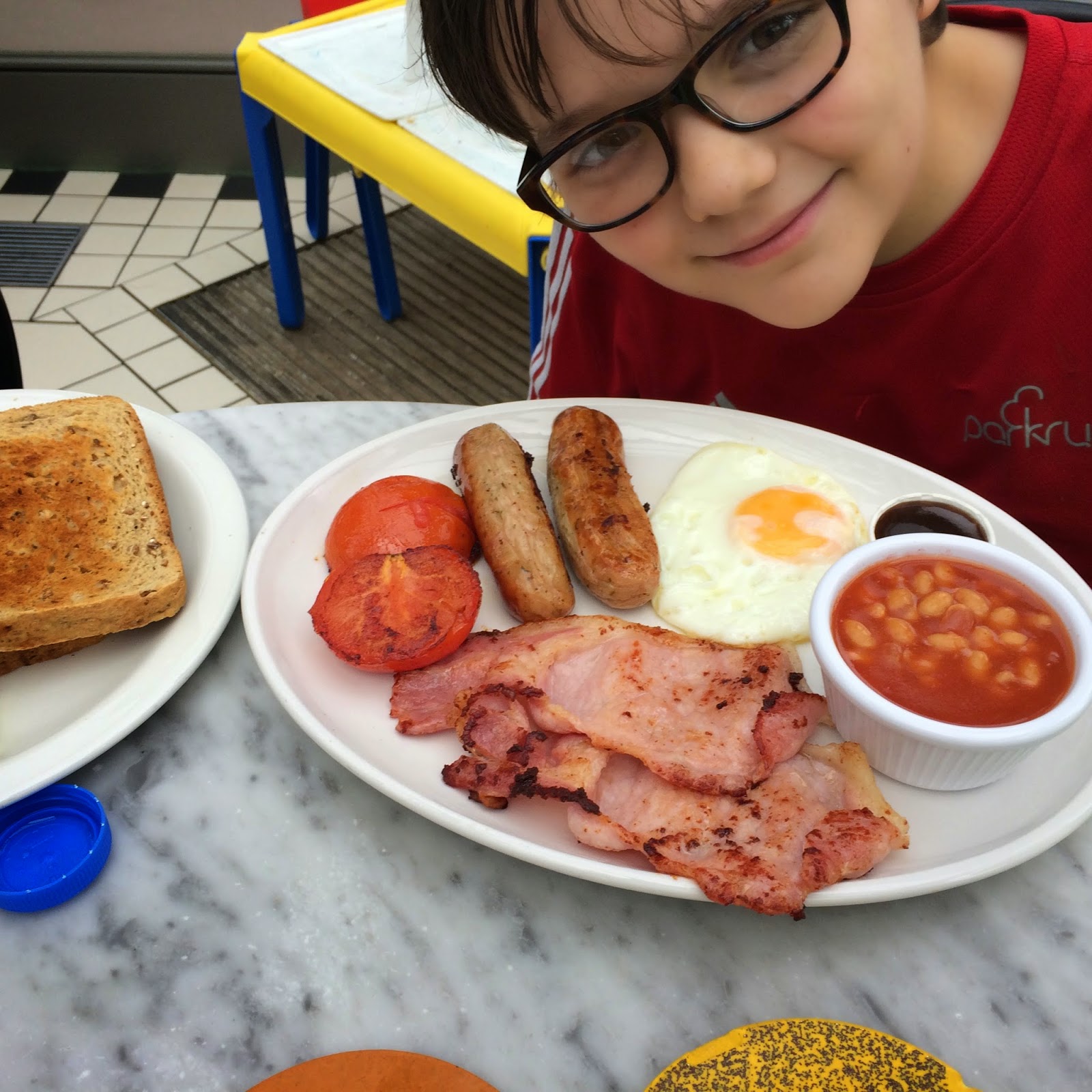 I ran past them and tried to pick up the pace a bit to make it to the finish.  I still felt ghastly and wanted to stop running more than anything on the planet.  I threw myself through the finish funnel and was convinced that I was about to chunder.  I staggered to a nearby fence and leaned on it while I regained my composure and checked my watch.  24.17 - not bad,  second fastest time this year!

Post run coffee (and breakfast for the boys) was taken at The Conservatory Cafe.  It was lovely to see so many parkrunners chatting and getting to know each other.  The food looked pretty good too!

The results came through pretty quickly - I was thrilled to see that I was first in my new age category, which was a nice start.  I am sure that I will be back to run at Horsham again sometime soon - but maybe I will wait until it is dryer underfoot.  And when I am a little less fragile!

Thank you to the Horsham parkrun team for a lovely event.