Had I been the type of person to believe in signs and omens I probably wouldn't have left the house this morning, or at least I would have turned back before I got 3 miles from home.

A squabble between child number 4 and child number 5 resulted in child 4 falling (or was he pushed?) off a chair and getting a black eye.  I decided to leave the house anyway.  I got about 2 miles from home and realised that I hadn't got my Garmin with me.  This wouldn't have been an insurmountable problem if I had been wearing a watch, but I wasn't, so I turned back and went home to get my watch.

I wasn't stressed, I still had plenty of time.  I got further this time.  And then I hit black ice.  I tried to turn left and the car slid across the road.  I braced myself for an impact as the car slid, sideways, into the verge.  I was driving a Volvo so there was no harm done to the car!  A wee bit further on I had to divert around a road closure (a fallen tree was being demolished), yet still I was determined to get to Bramley for the 10.30am start! 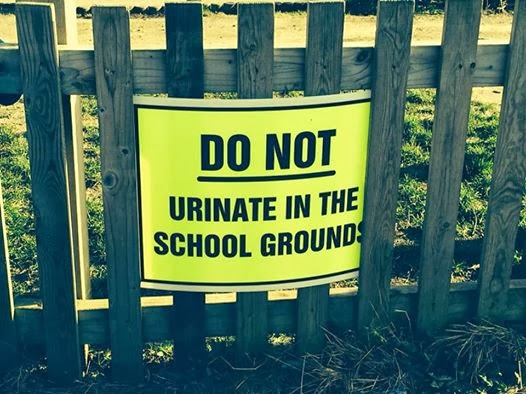 I last ran this race (the 10 mile version) two years ago, and remembered that one of the car parks was some way from the start, but arriving with very little time to spare I felt I couldn't risk driving to the closer car park, finding no spaces and then having to drive back again.  I parked at 10.10am and had to run the mile and a half to the venue, I got there with a few minutes to spare, dropped my bag at the baggage drop, realised I'd left my Shot Blocks in my bag so had to go back and get them, then I dashed to the queue for the loos and made it to the start line with about a minute to spare.

So, we were off.  The weather was fabulous, blue skies (if you can remember what they look like) and lovely and warm.  A bit too warm really.  I was wearing a long sleeved top under a t-shirt and the long sleeved top had to go.   It is quite a faff to remove one top from under the other while running, but I managed it!  It was all going quite well at this point, and at about 4.5 miles I caught up with some friends I know via Basingstoke parkrun and ran with them for a few miles.  At 5 miles everything started to hurt.  Or rather, everything down the right hand side of my body started to hurt.  I think the adrenaline from the near miss in the car and the aggro of getting to the start had worn off and the earlier impact was taking its toll.  I told my friends to run on, and said that I was going to stop at 10 miles.  I meant it.  I limped past friends from parkrun and Fetcheveryone who were there supporting the runners, assuring them all that I would stop at 10 miles.  I still meant it.  I'd forgotten that the course seems to be almost totally uphill, apart from a nice little downhill to the finish.  I really couldn't face running the second lap. 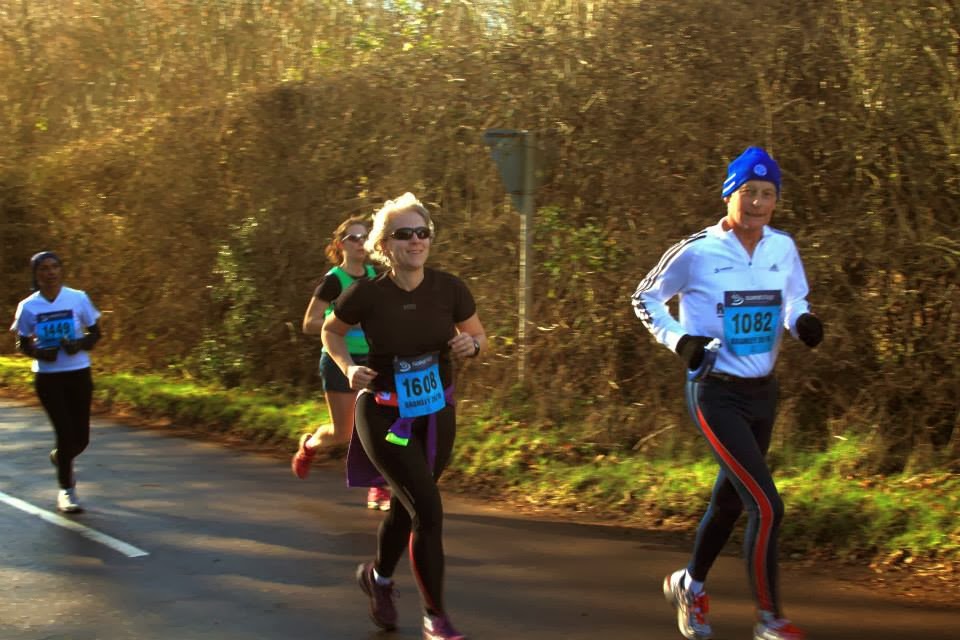 At the 10 mile point the runners were directed to the left if they were finishing the 10 mile race and to those running the 20 mile race to the right.  I knew I wasn't eligible to finish the 10 mile race, so I carried on, thinking that I would pull up soon after.  My training plan stated that I should run 15 miles today, so I had it in my mind that I would get to 12.5 miles and then turn round and come back.  At about 11 miles I stood by the side of the road and updated my Facebook status to say 'This will be my first DNF.  Entire right hand side of body is agony - I blame the skid earlier.  11 miles done and I'm heading back to the start.' And I meant it, I really did.  At this point, a friend passed me, and told me I should head back, so I ran with him for a while instead and decided to see if I could get to 15 miles.  I adopted a 'run/walk' strategy, running for 4 minutes and walking for 1 minute and struggled on.  And I do mean struggled.  I had no power in my right leg, but the further I went the less sense it made to give up.  15 miles came, and I realised that even if I walked the rest of the away I would finish before the 4 hour cut off time.  So on I went.  I was encouraged by fellow runners.  Spurred on by setting myself small goals (one of them was to get away from the woman with the jangley coins in her pocket) I eventually found myself at the sign saying 3/4 of mile to go - the end was almost in sight and the last half mile is gloriously down hill.  I had nothing left, I just wanted to get this over with.  I managed to cross the line, and then grabbed railing and hobbled though the finish area, waving off some concerned questions from the first aiders and collecting my goody bag.

I was about to head home when I head someone call "Hello Fetchie" (I was wearing my Fetch hoodie) and turned to find myself being invited back to a strangers' house for 'Tea, cake, chilli...'  Now, much as I would advise my children not to go home with people they have met on the internet, I have never been much for following my own advise, and was reassured when I heard that mutual friends were already there.  Tea, cake and a bit of chat in a very comfy chair followed.  Thank you to 'Ironmum' for making me feel so welcome - it might even make the prospect of running this race again a bit more inviting.

I staggered back to the car, turned the heated seat on, and drove home without incident.  It took me a while to get out of the car when I got home, and even longer to get up the stairs to the shower, where I discovered that yet another pair of running tights have started to chafe.  I am going to have to have a clear out of worn out running kit if I want any skin left on my back!