Just when it was all going so well.

In the staffroom on Thursday a colleague and I looked forward to today.  I say 'looked forward' but what we were doing was discussing how much we would pay *not* to run today's G3 cross country race. We wondered how much snow would be needed for the organisers to cancel the race, which was a bit of an academic debate as there was no snow forecast.    That said, I had bought new, super grippy cross country shoes and I was keen to try them out.  To register my apathy towards cross country and trail running I wore my Kent Road Runner t shirt!  Having learnt from last time, I   checked my bag at the baggage drop as we made our short way to the start chatting with people we'd met back on the 10th. 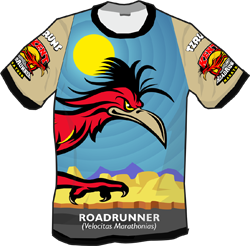 The roads were not too bad and we arrived without  incident, registered and sat in the car waiting for 8.30am.

The ground underfoot felt firmer as we set off, the route was a different one to the first race and I anticipated that it would be a much harder run.  I was running 'naked' (i.e. without my Garmin) and was just taking it easy,  I found the flurries of snow quite distracting as I ran.  It seemed really hard to focus with the constant flecks of white all around!  I find this sort of terrain requires a lot of concentration, I am constantly looking down at my feet to make sure I know where I am going, so there isn't a lot of time to admire the views and I certainly never get to that mindless, mediative state that occurs when road running.  All this concentration meant that I seemed to pass the kilometre markers sooner than I expected - some of this may be due to rather arbitrary placement of said markers.  I decided to err on the side of caution and to regard the 6km marker as the halfway point.


Just before this marker we turned sharply left, and I could see the dreaded 'Martha's Back Passage' rising up ahead.  It was dotted with brightly coloured, lycra clad runners that looked like a string of fairly lights.  When I got to the base of the hill it was a relief not to have to decide whether I was going to attempt to run up the hill!  It was a narrow track and everyone ahead of me was walking, so I walked too.  Even that was tough - by the time I got to the top my calves were screaming at me and I was breathing heavily, as was everyone else around me!  From then on it was easier - still lots of uphill bits, but nothing of the magnitude of that monster of a hill. 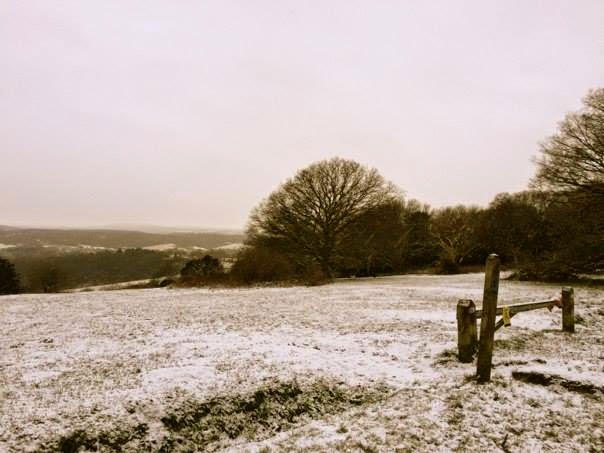 It was all going really well, I was even beginning to think that this cross country stuff wasn't quite as bad as I'd made out.  I passed the water station and the St John's Ambulance people at the 8km marker, this stretch was flat and the path was smooth.  I didn't trip, I didn't stumble, but suddenly my foot was going totally the wrong way underneath me and I was on my hands an knees on the floor!  Several other runners stopped to help - shouting back to the St John's Ambulance guys.  I was just swearing and crying a little bit.  I hobbled back with the first aiders and wondered what to do.  I was able to put a bit of weight on my foot, but it was very ouchy!  I hate not finishing things, and thought that I might as well collect the second medal in the series.  I lost about 10 minutes faffing around and deciding what to do.

It hurt, and I took it very easy.  I heard my name being called behind me, so stopped and waited while my friend caught up with me.  We ran together for a while until we got to an uphill section across a field. The track here was smooth, I could put my foot down with relative confidence and not having to bend it too much meant that it didn't hurt as much as it did when I put it down on the uneven ground.  Plus the pain took my mind off the hill.  I somehow pulled away from my friend - I don't think he'll forgive me for that!  I just kept plodding on.

I crossed the finish line and made it as far as the table where the timing chips were being collected.  I couldn't go any further.  I stood there and fought back the tears while the first aiders were summoned.  My head of department finished a few seconds behind me and came to see if I was OK.  She even went to fetch my medal for me as I wasn't going anywhere fast!  I got myself checked out by the St John's Ambulance people who advised me to go to A&E at some point.  I decided to have breakfast first.  I was in urgent need of several cups of tea!

After a couple of hours at A&E I was released with no bones broken but a lovely purple bruise and ligament damage.  It seems that crutches are in order for a while - plus a trip to the GP and physio.  The timing couldn't be worse in terms of training for upcoming marathons - but there isn't a lot I can do about that now.  As it was I came home and spent the afternoon snoozing, only waking up when I moved my foot and it hurt, rather than getting on with the marking I needed to do!  Ah well - I won't be running tomorrow so I can mark those mocks then!

A big thank you to everyone who helped me today.  Especially the nameless runner who stayed with me when I fell.  It has made me realise how daft I have been in the past to run on similar terrain on my own. 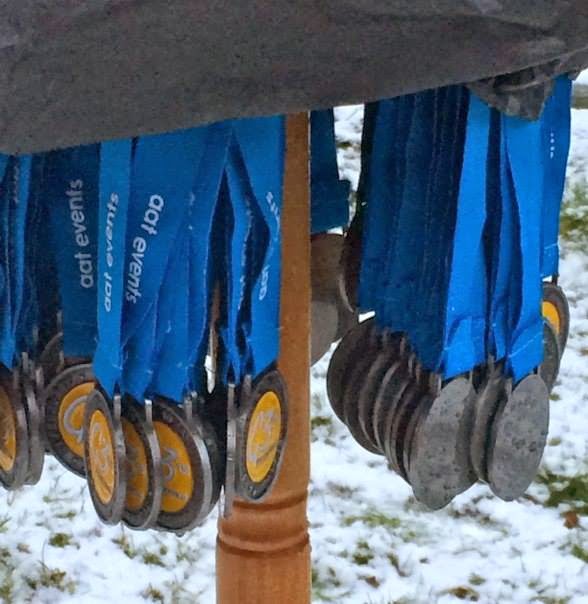