More mud than Bovington! And we got to do it twice! 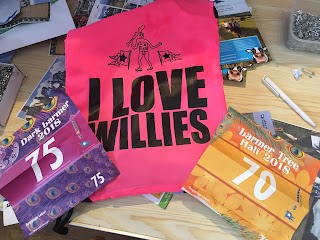 I'm not sure whose bright idea this weekend was!  Our plans were certainly formulated before I got ill , when the idea of running 22+ miles in one day seemed like child's play.  In the past I have run the 20 mile and the marathon events at Larmer Tree Gardens.  Both these events have beautiful medals, but every time I saw someone showing off their half marathon medal I had been just a tad jealous - it is the nicest of the lot as far as I am concerned.  I'd also heard a rumour that White Star Running are revamping the Larmer medals for next year, so if I wanted to get my hands on a half marathon medal it was now or never.

And then a Dark Larmer race was announced.  How could I say no?  We'd be down in the area already, we'd had lovely weather for the last few years, so it would be pleasant to spend an afternoon wandering around the gardens and spotting peacocks.  And it was only 8 miles..... We signed up. 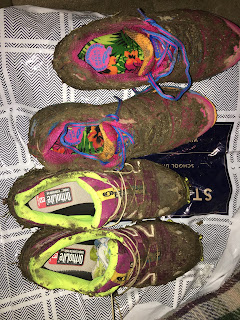 Last weekend brought snow, this weekend was supposed to be mild.  And then to forecast changed to say that it was going to rain.  Lovely.  We decided to take two cars down with us, so that we could have some flexibility.  We had one runner who definitely wanted to come home, one who was uncertain and me.  I was pretty sure I was going to stay.    As I drove down I kept thinking I could see patches of blue sky - but that was just the shading at the top of the windscreen of the car.  It was grey and ever so slightly damp.  I parked the car in a field, worrying a little about the sogginess of the grass as the car next to me slid to a stop next to me.  I collected my race numbers, did a bit of retail therapy - who can resist a bag that says 'I love willies' on it? 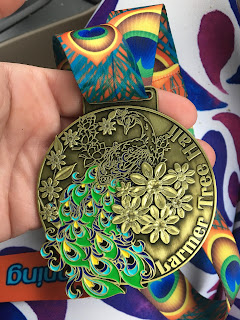 I bumped into a couple of friends running the 10 mile race, saw the start of the dogs' race (you had to have a dog to run with to enter that one) and the 10 mile race, had a cup of tea, avoided the portaloos and waited for the start.  The beginning of the route is different to the marathon, but I swear that Andy has managed to fit all the hills from the marathon into the half!  Pretty soon the weather went from 'threatening to rain' to 'raining!'  The ground was soft anyway from the melting snow, the addition of rain and hundreds of runners made it into a mud bath!  Running downhill was impossible in lots of sections - mincing was the order of the day, and even then I was nearly taken out by a runner who slipped behind me and grabbed me with a flaying arm as he tumbled to the ground!

I'm still struggling with breathing, especially when the air is cold and damp, so I knew I had to take it easy.  I also knew I had to save something for the last mile - which is all uphill but thankfully on a fairly made up section of track.  I overtook loads of people in this last mile by just plodding along and refusing to walk.  I like to think I managed a sprint finish - but although it was marginally faster than my previous pace I probably looked like a zombie! 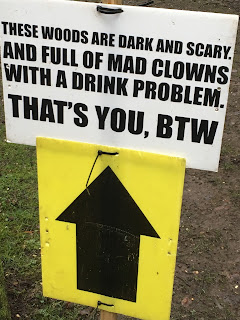 The finish area lacked the atmosphere of previous years.  Strangely, runners and supporters were not hanging around in the rain and wind (such a cold wind that always seemed to be blowing in our faces) to cheer other runners over the line.  I was no exception - I went straight back to the car to change into dry clothes before meeting my friends for some food.  There was no goody bag with this race we got a voucher for food instead.  I had a lovely macaroni cheese.

In the end, two of us decided to stay for the evening's 'fun!'  We decided we needed to find somewhere we could sit in the warm, get something to eat (if we felt like it) and drink and that had proper toilets.  The nearest McDonalds seemed like the best bet as, even after changing into clean clothes, neither of us looked terribly respectable! The nearest McDs was actually quite a long drive away along Dorset's country lanes but the car was warm and driving is easier than running! 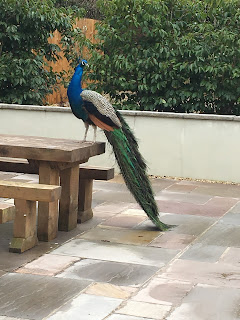 We got back to Larmer Tree Gardens in good time and were told to park on tarmac this time.  The weather seemed to be more favourable now - the Sun was going down, but we could see it at last!  Off we went, ground that had been muddy in the morning was even more muddy now!  As it got dark a mist rolled it - reflecting light off the beams of our head torches so that it looked like we were running into cotton wool.  We went up some hills, slid down some hills, laughed and joked about the madness that is a White Star event.  At the race briefing, Andy said we looked like 'A shit fetish party!'  Fairy lights, tutus and peacock feathers were everywhere!  The Love Station was much more fun in the dark than it had been in the pissing rain earlier in the day - people had a bit of a break, maybe a small beer to wash down the snacks before heading on out into the mud. 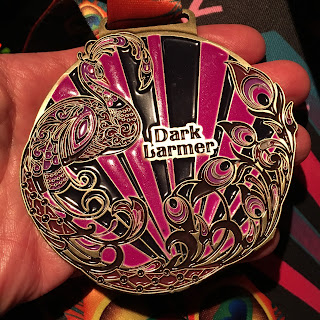 It was just after the Love Station that I remembered why I don't wear my Salomon SpeedCross trainers very often.  I can't get them to fasten tightly enough around my ankles.  They felt as though they were going to be pulled off by the mud even when I was walking, more mincing through the mud was required to ensure I finished this section without losing a shoe, my dignity or both!

The last two miles were the same as the last two miles of the half.  With the pungent smell of wild garlic in my nostrils I caught up with, and overtook, the same couple I had caught up and overtaken at a similar point in the morning!  The finish was much more lively this time - the weather was better and fairy lights make everything nicer!  I collected my medal and a hug, followed by biscuits and a beer and headed off to the car for the journey home.

Huge thanks to Andy and all the WSR team for another excellent event.  I hope the marathoners and twenty milers had a great time today too.