Portobello parkrun and beyond. 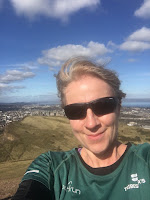 It has been one of those weeks.  Weeks where, no matter what you do, nothing quite works out right.  It involves car crashes and insurance companies, database failures at work (the number of time I have had to re-enter the same data is now beyond funny) all added to the madness of the last week of term, a visit from my father in law and a trip to Edinburgh.

The last of these was definitely something to look forward to, but it was not without stress inducing factors of its own.  Husbando had to be there on Thursday, while I was still at school until Friday lunch time.  He pootled off on an aeroplane on Thursday, I followed by train, having begged a lift from school to the nearest train station, on Friday.  My train was delayed, so I didn't get in until nearly 9pm - just enough time for a quick walk up to see the Castle before bed time! 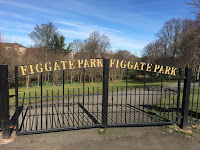 Scottish parkruns start at 9.30am, not 9am - which meant a little bit of a lie in, although Husbando doesn't do lie ins - he was awake from about 5.30am!  We helped our taxi driver find the Figgate Park, using the map from the very excellent Tourist Tool, and got there, a little later than I'd have liked so missed the first timers' briefing.    We did hear the main run brief, so knew to stay on the paths, stay on the left and to be nice to each other.  I really like that last instruction - we could all do well to follow that one, at parkrun and in every other part of our lives! 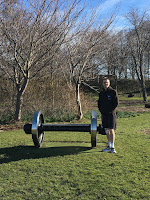 Figgate Park looked beautiful in the spring sunshine - it must be gorgeous in the summer.  The course is three laps which are narrow enough for much of the time to see runners running in the opposite direction.  There are plenty of friendly marshals to make sure you don't get lost and to offer encouragement!  It is pretty much flat as a pancake and all on tarmac, with a few bridges to run under and over and lots of twists and turns.  Because of the requirement to stay on the path, it took a bit of time to get over the start line, we'd put ourselves with the 26 min runners even though I didn't think for a minute I'd be able to keep up that pace. 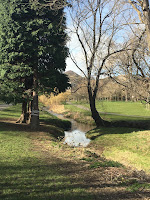 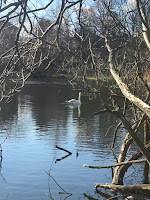 The field soon started to spread out, I wasn't looking at my watch, just enjoying the run, I wasn't being overtaken too much and seemed to keeping up with all those around me, even passing some people.  Husbando ran with me for just over one and a half laps which was lovely, then we went our separate - not ways - paces!  He, in a mad dash for the finish line, managed to miss the finish funnel totally and run straight past it (there were a lot of people standing around there and it was quite confusing - but really!)  With the support of the RD we got around this, because I pointed out that the person in front of me was a funnel ducker, so Husbando took that token and just had a slower time recorded.  Meanwhile  I was still plodding around.  My 250 shirt got a bit of attention, and a lovely chap started talking to me.  Sadly, since being ill, I can't manage talking and running at the same time (actually - some of you are probably quite happy about that!) and my pace dropped off considerably.  I had to apologise and explain that I wasn't being rude, but I just couldn't keep running and hold a conversation.

I plodded on to the end.  I didn't miss the finish funnel and was thrilled to record my fastest time in months and months (25.43), still a long way to go, but I wasn't gasping for breath at the end and my legs weren't threatening to never work again, so it is all good!

After getting our barcodes scanned we decided to head back into Edinburgh, so we asked for directions, which we promptly forgot, and set off.  Our intention was to have a nice gentle run, but with all the stopping for directions and the hills that wasn't really what happened.  You can see a little video if you click this link.  We'd definitely have been better off in trail shoes, and knowing where we were going would have been helpful.   The views were worth the effort though.  212 steps didn't take us anywhere near to the top, but as we'd come so far we had to carry on (and on!)  The steep side we went up was deserted - it was quite a shock to get to the top and see scores of people at the top of Arthur's Seat.  I think we totalled about 7 miles 'running' this morning!  To be fair, the last 4 miles involved quite a lot of walking and clambering up steep bits - it would have been far more sensible to follow a path - and stopping to ask directions, but it was fun and the Sun was shining!

Huge thanks to all the volunteers at Portobello parkrun  - a really pretty parkrun and you made us feel very welcome.  Hopefully we will be back again one day.