This post vanished overnight - no idea how or why! Thanks to kind friends who still had it open on their computers I have managed to get the text back - but the formatting and the links have gone. I don't have time to add those back in now - sorry!

I'm not quite sure when I took leave of my senses and decided that, after a busy week at work and no more than four and a half hours sleep in any one night, it would be a good idea to get up early on a Saturday morning so that I could get down to Bath for parkrun. I think that such madness has overtaken me before and no doubt will do so again in the future, but leaving the house at 6am this morning was very hard work! Thankfully Husbando was on his way to the Bath Bookfair so I could snooze while he did all the driving.

After dropping Husbando and number one daughter in the centre of Bath, the Fredster and I headed on up to the new Bath Skyline parkrun. When I heard that Bath was getting a parkrun my first thought was 'hills.' When I heard that it was to be at Claverton Down I was sure that there would be hills. Husbando did part of his MSc at the University of Bath so walking (staggering?) up Bathwick Hill is hardly a novel experience! With a little bit of trepidation I parked the car and we made our way to the start. Wearing my 100 club jacket meant that several people asked me which way to go to get to the start - I had not idea but we found our way by following the signs that said 'To the Start!' When we got there we immediately spotted two gorgeous huskies. Even while I was thinking 'They look like Ian & Sandra's huskies,' I recognised Ian and Sandra standing with them - it was good to catch up with them briefly, the Fredster was very enamoured by the huskies and spent the rest of the day trying to convince me we should get a dog. I did try to play the 'But I'm allergic to dogs' card - but it would be acceptable to him for me to move out and a dog to move in!

After a run briefing we assembled in the finish funnel to await the count down and then we were off. The course is a single lap made up of two loops, mainly on paths and across and a few fields. In contrast to my expectations, the course is remarkably flat taking in part of The National Trust's Bath Skyline walk. There was one short section of steps, probably about 15 in total - the rustic sort of steps you find cut into steep hills in the countryside. They weren't particularly arduous, but the uneven length of them would make it hard to get into any sort of rhythm when running up them. I wasn't running though - we were in a group who were all walking and it was too tricky to get past them safely. We weren't particularly worried about time though - if we had been we wouldn't have stopped to take photos! One of the advantages of running slowly is that you notice more. The views were absolutely stunning - this has to be the most scenic parkrun I have ever run. And even when you can't see these an amazing view the route is varied enough to keep you interested; woodland, rugby pitches, open fields and some gentle down hill slopes - just lovely.

I will definitely be back to run this again. Freddy loved it too although he had his slowest parkrun for a long time as we were so busy looking around. It was lovely to visit another new baby parkrun. There were 129 runners today and a cheerful band of volunteers. 49 of the runners were first time parkrunners - which augers well for the success of this fabulous event.

Post parkrun we didn't hang around for coffee, but went back to Bath and grabbed a brownie from The Bertinet Bakery - I figure that a quarter of a very good brownie is allowed if one is running a half marathon the next day! We did some sightseeing - Freddy wanted to see Bath as he has been learning about the bombs that were dropped on the city during the war. When Husbando was at University in Bath the bomb damaged area was much more obvious - with the 1960s shopping mall near the station being a real eyesore. The redevelopment of that part of the city centre is a huge improvement!

I must mention our lunch venue! We went to The Circus (Fred stayed with number one daughter at the book fair) and had an amazing lunch with a friend. Really good food, excellent service and only £40 for the three of us! I cannot recommend it highly enough. 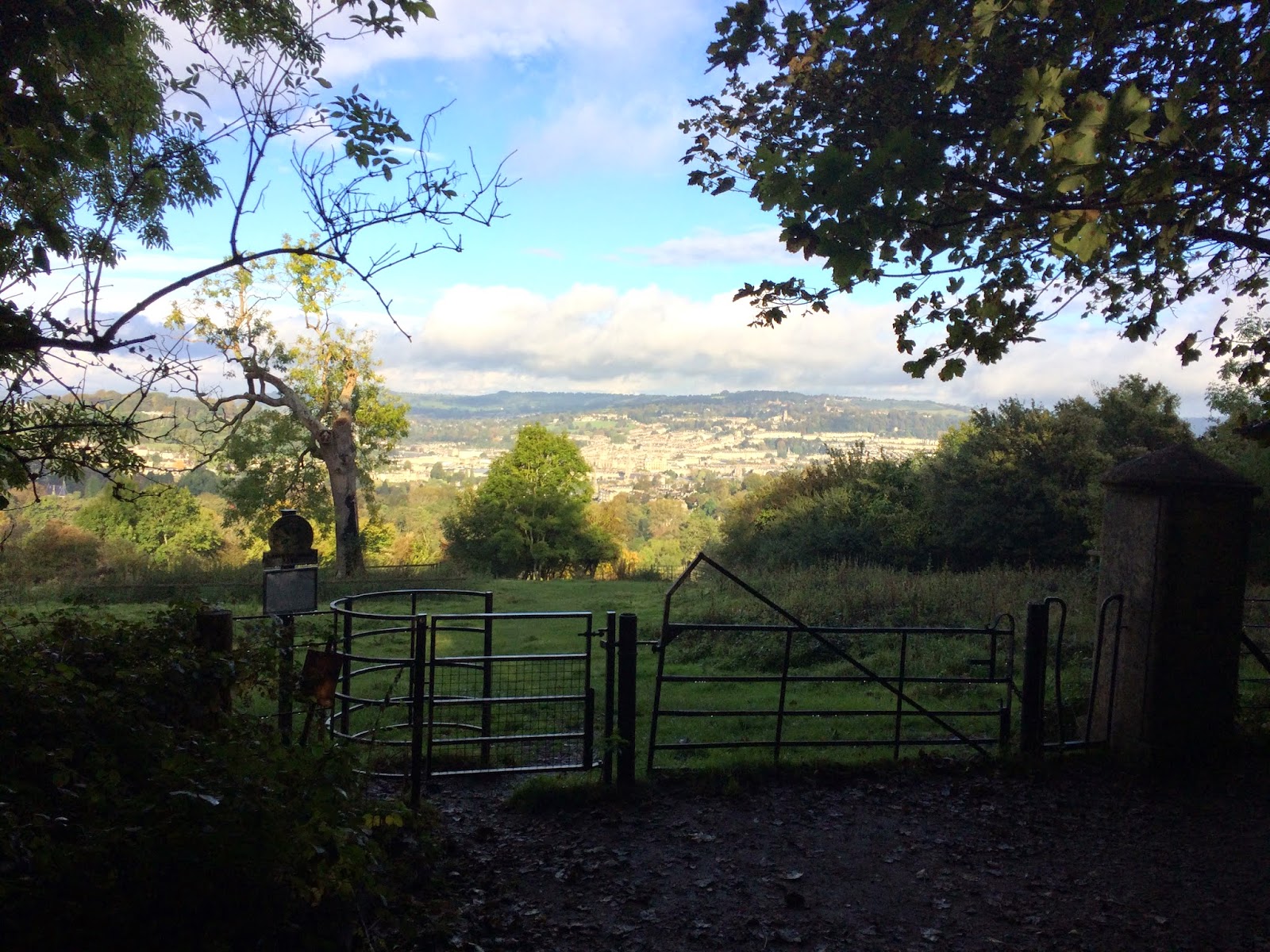 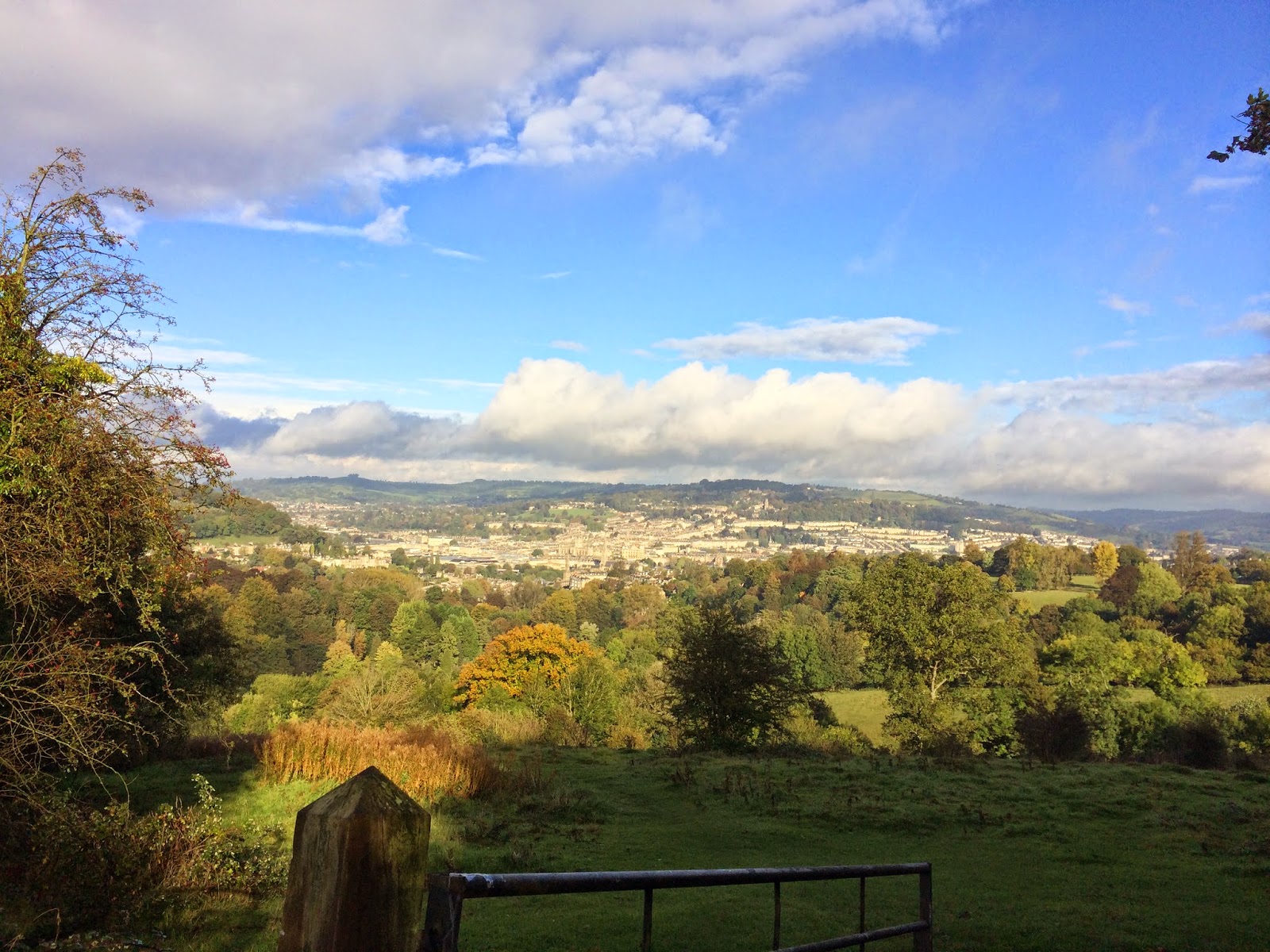 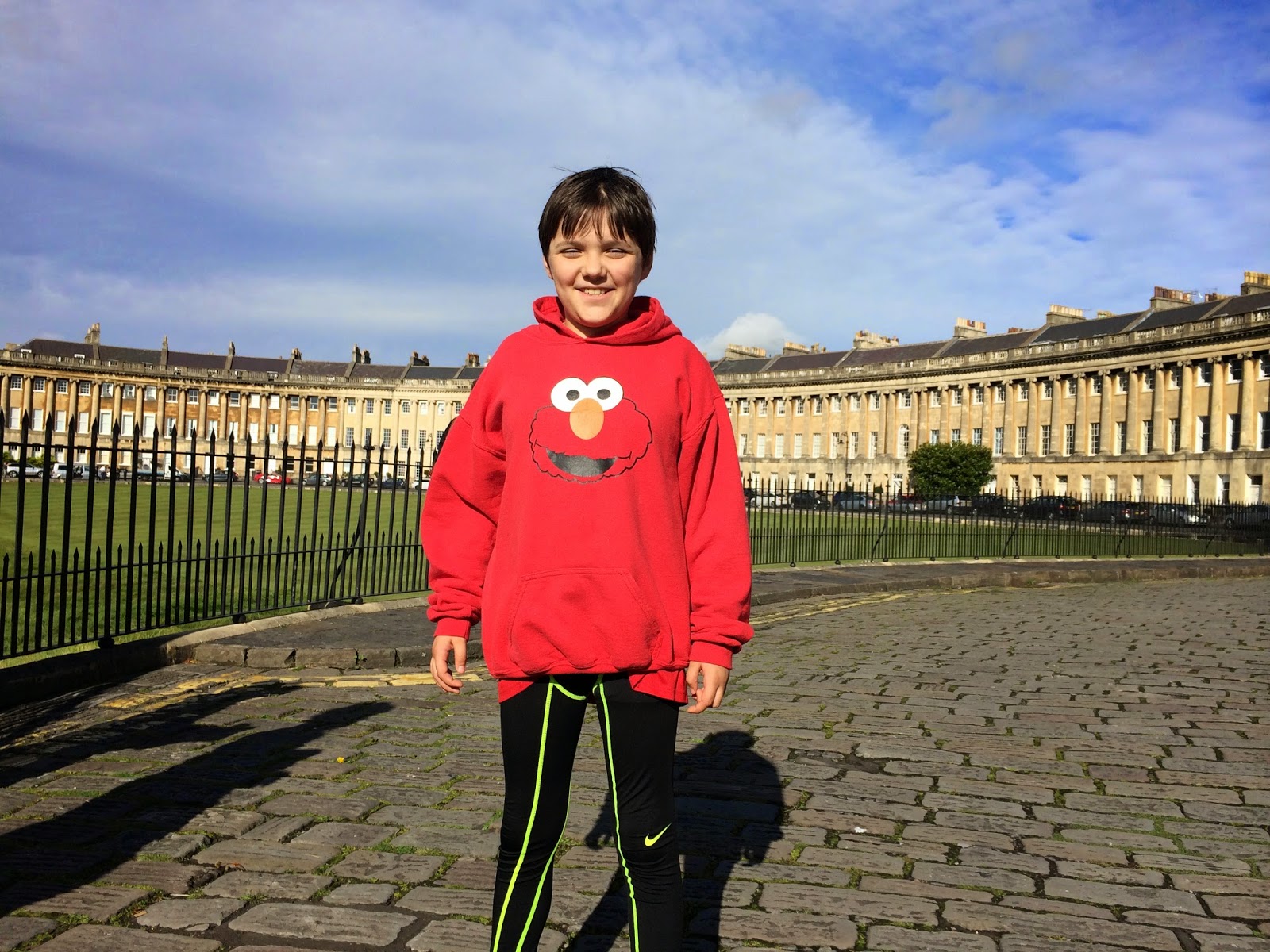 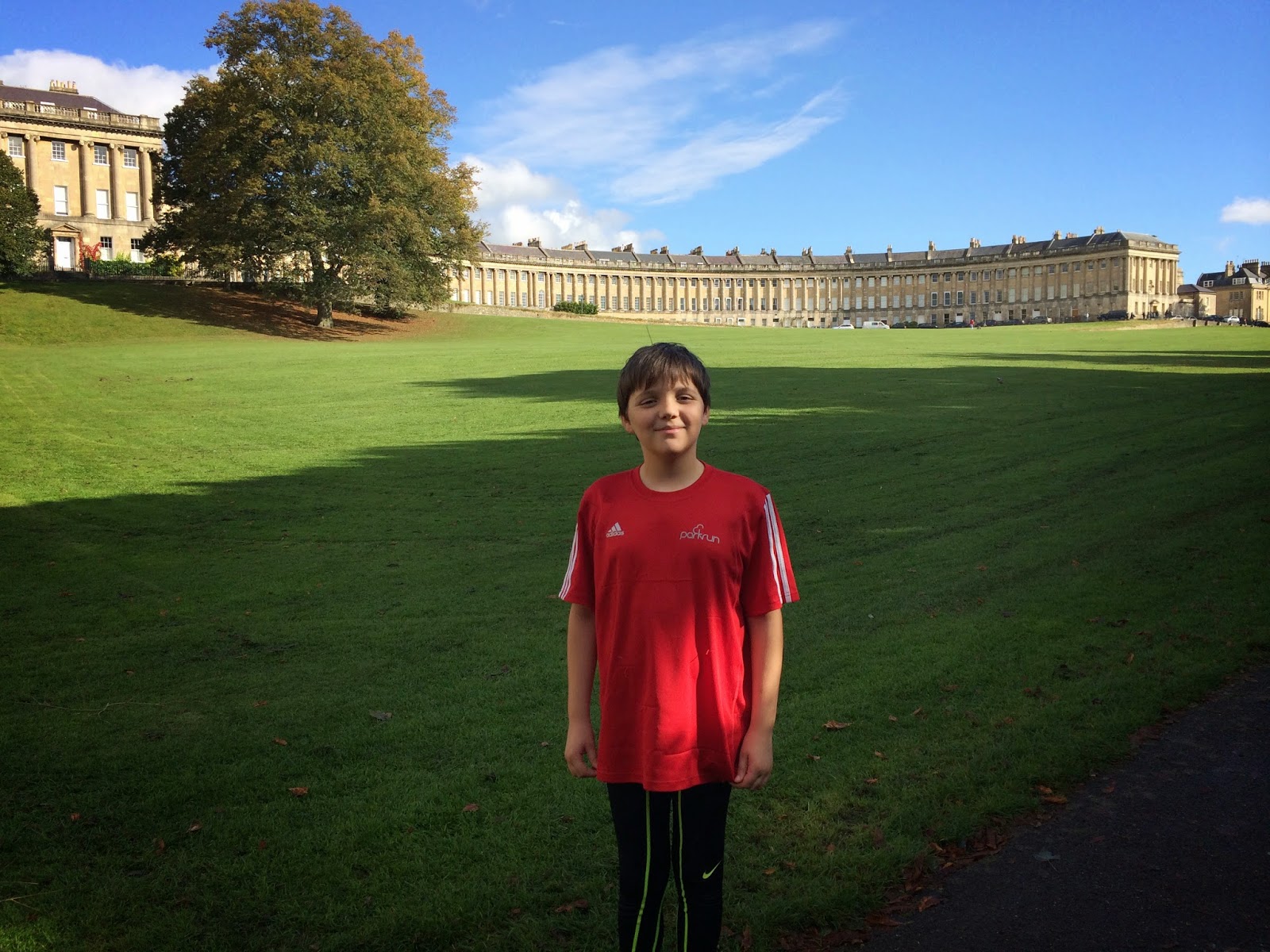 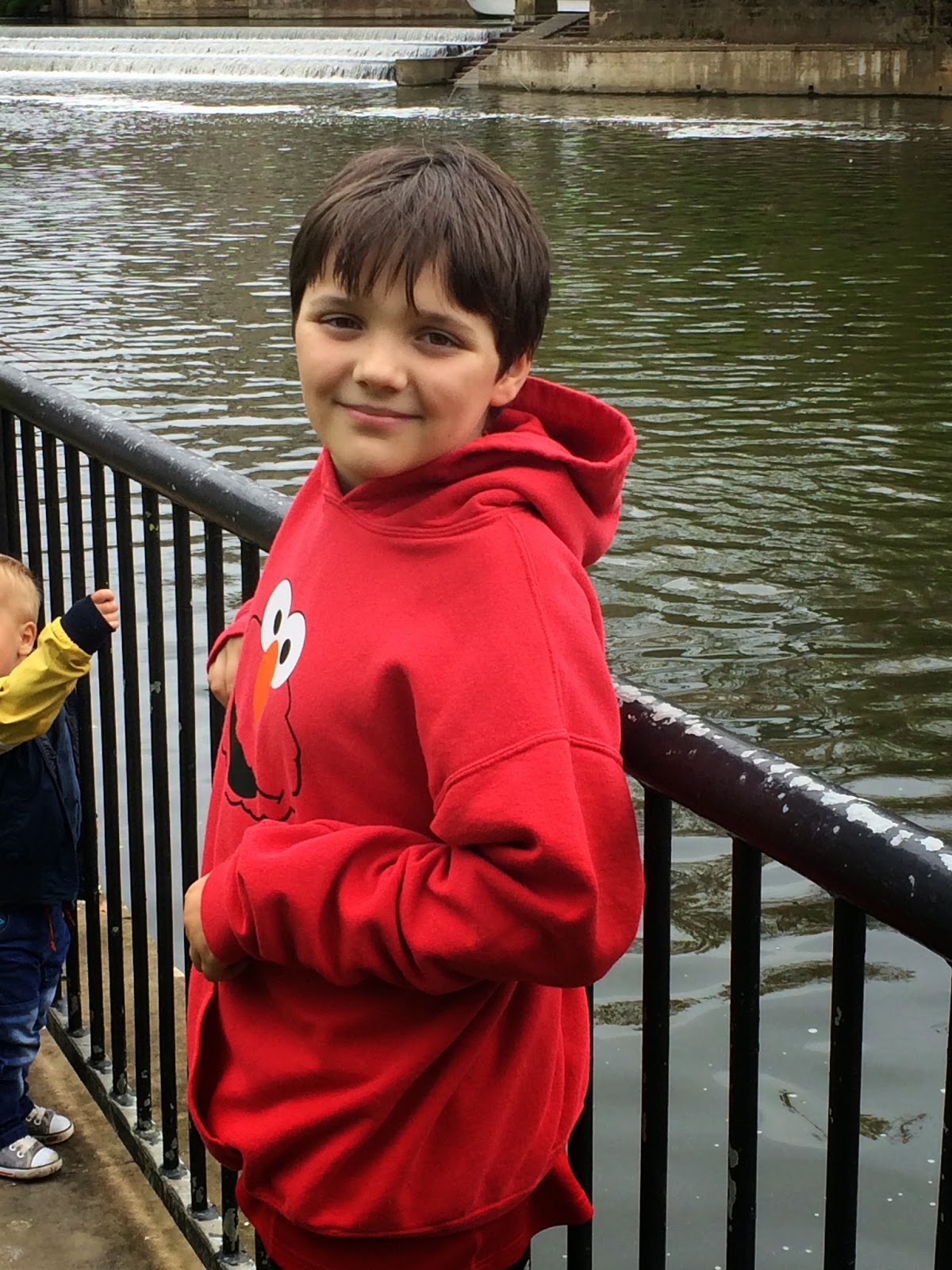